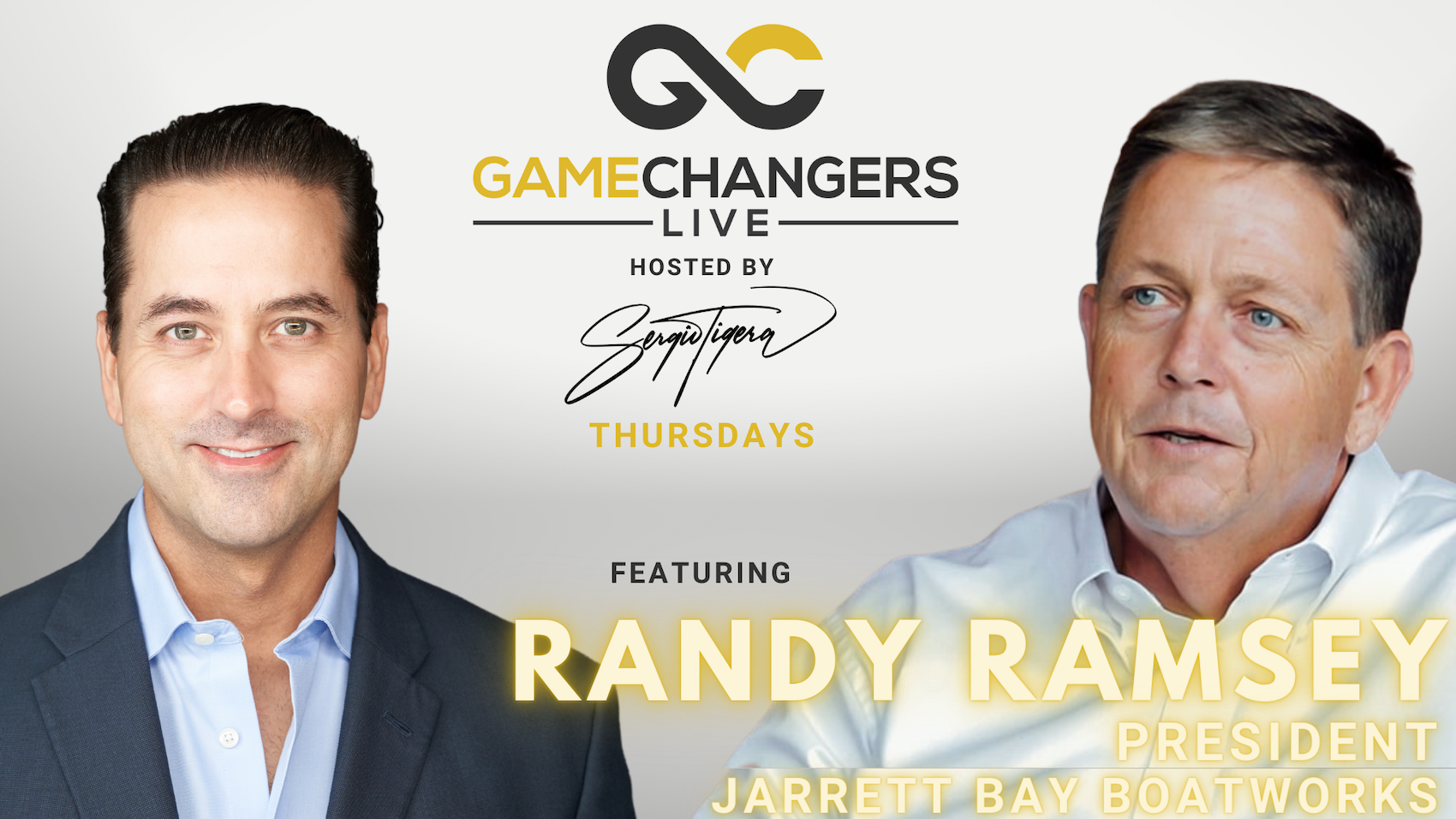 Randy Ramsey, President and Founder of Jarrett Bay Boatworks joins Sergio Tigera on Gamechangers LIVE® to share his amazing story about creating one of the most recognizable brands in luxury sports fishing vessels. He shares his perspective on his early days as an entrepreneur, his approach to leadership and so much more. You don’t want to miss this one, especially if you are a boating enthusiast!!

Ramsey is the founder and president of Jarrett Bay Boatworks, a company that specializes in the construction of custom sport fishing boats and the repair of all types of marine craft. Since its inception in 1986, the company has built more than 95 unique sport fishing boats up to 90′ in length. Jarrett Bay Boatworks was named the ABBRA Outstanding National boat yard in 2011 and the NC Manufacturer of the year 2015. He serves on the UNC Board of Governors as Chairman and is also a partner and board member of Bluewater Yacht Sales. This company, based in Beaufort, NC, has more than 400 brokerage listings and is a dealer for Viking, Princess, Back Cove, Sabre, Regulator, and Jupiter. The company operates nine locations in four states and is the third largest boats sales organization in the United States.

Juan Carlos “JC” Bermudez is the founding Mayor of the City of Doral and served in that capacity for the first 9 1/2 years of the city’s existence. He was […]