Madeline Pumariega is the first female president appointed to lead one of the nation’s largest educational institutions, Miami Dade College (MDC). Adding to the historic nature of this appointment is the fact that Pumariega is an alumna of MDC.
A Trailblazer In Academia
Her love for academics and service excellence began as a student at MDC and continued during her 20 years of service at the College in positions of ascending responsibility, culminating in her role as Wolfson Campus president. Prior to becoming MDC’s president, Pumariega was appointed the first female and Hispanic chancellor of the Florida College System (FCS). During her tenure, several of the FCS’s 28 colleges –– which serve 800,000 students –– rose in the rankings of U.S. News & World Report as well as by other national measures. Florida was also named No. 1 in higher education by U.S. News.
In 2019, Pumariega became the executive vice president and provost of Tallahassee Community College, where her innovative approaches advanced the College’s three core divisions: academic affairs, student affairs and workforce development. Pumariega helped lead the school during the unprecedented response to the COVID-19 pandemic and pivoted the college’s infrastructure to support virtual classroom instruction and student-teacher interaction. She also serves as affiliate professor of leadership at the NYU Steinhardt School of Culture, Education, and Human Development.
A Champion for Youth

Serving the community outside of higher education, she was also previously the executive director of Take Stock in Children, a statewide nonprofit focused on breaking the cycle of poverty by helping students complete their high school education and advance into post-secondary education and careers. It was here that Pumariega pursued her passion for ensuring that students have a pathway toward upward economic mobility through educational opportunities.
A Catalyst For Transformation
In her new role as MDC president, Pumariega has championed a new strategic plan for the College developed with input from more than 1,000 stakeholders. The plan focuses on five key priorities: reimagining for student success; accelerating academic excellence and innovation; valuing a culture of care to advance student outcomes; fueling the talent needs of a global economy; and securing the future of the College.
She has now engaged hundreds of leaders and volunteers around these five key priorities, and this transformational work is well on its way at MDC.
Pumariega has also prioritized working with business partners to identify the skills needed by key industries and tailoring higher education programs to match those needs. This intentional forming of strategic alliances and job pathways between companies and MDC students accelerates each graduate’s ability to enter the workforce immediately.
Driving her relentless pursuit is the passion to develop leaders and build thriving communities. Pumariega clearly recognizes higher education’s role in transforming lives and communities, and is designing her presidency at MDC to position the College to deliver on its mission in a post-pandemic, technology-enabled world. 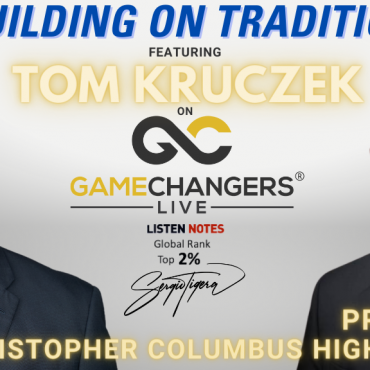 Thomas Kruczek is professional with a broad range of business skills based on a career that has spanned the education, consulting, manufacturing, and tourism industries, including ownership of three companies. […]